The Board of Trustees is pleased to welcome Revd Canon Peter Leonard, who succeeds Jeremy Pemberton as the chair of OneBodyOneFaith.  Jeremy has seen OneBody through a critical and exciting time of real change and progress, and the trustees extend their thanks to him for all he has contributed over his time on the board, especially in relation to the bringing together of LGCM and Changing Attitude, and the launch of OneBodyOneFaith.  We wish him all the very best for the future.

Peter has been Canon Chancellor of Portsmouth Cathedral since 2014, and is responsible for their Education and Community Engagement programme.  He has been a member of the General Synod of the Church of England since 2015.  He recently contributed a chapter to Brandan Robertson’s book “Our Witness – Unheard Stories of LGBTQ Christians” in which he shares his journey to accept both his calling to ordination and his sexuality.  Peter lives with his partner Mark and two grown up children in Portsmouth on the South Coast of the England where he enjoys baking, the gym, kayaking and his VW campervan.  He also thinks that he should be the next person to play Doctor Who!

Peter began a career in marketing and public relations before responding to God’s call to ordination in the Church of England.  He trained at Trinity College, Bristol from 1994, was ordained in 1997 and served in two parishes in the Guildford Diocese between 1997 and 2007 - one a traditional wealthy middle class suburban parish and the other a partnership with the Methodist Church in an area of relative social deprivation.  More recently, Peter discerned a call from God to be a teacher and so left the church to train, working in two schools and becoming Headteacher of a primary school north of Portsmouth, before returning to full time ministry.

On appointment, Peter said, "I'm looking forward to building on all that has been achieved during Jeremy's period as chair.  As a membership organisation, we are in the unique position of being able to draw upon the gifts and talents of an extraordinary and diverse group of people, across and beyond the church communities, to achieve lasting change.  It's an exciting time and I'm looking forward to making the most of the oppoerunities opening up before us."

If you share our passion for love, justice and truth then now’s the time for change – will you join us?

find a place near you:  get your church or online community on our map. 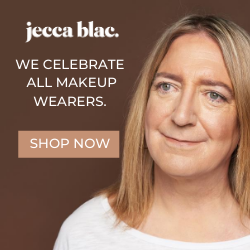